I’ve dreaded this picture for a long time, keeping it buried from sight.

It feels uncomfortable to accept that the person in front of the camera then is the same person now. The invisible weight on the surface, squared off around the jaw line. The folds around the mouth and eyes, a little severe and strained. An attempt at a smile falters frownlike. Protective purple, benevolent black, fearful fern...the emotional colors surrounding me then.


I remember the day the picture was taken. Another one of those days in my old life when it was all about the doing, keeping busy, keeping appearances; playing all the roles I’d casted for myself. The superwoman, the perfectionist, the volunteer, the entrepreneur, the friend, the wife, the planet rescuer, the fixer, the helper…

In 2006, we were doing a mommy make-over shoot for my cousin who’d just had a baby and who was also in the process of launching her own business. So there I was dressing and styling my cousin. Cooking seafood paella in the kitchen for the photographer friend, the makeup artist, the photographer’s girlfriend who I hardly knew. Making sure we’d have enough chilled white wine to go with the paella. Putting on the right music. Being the perfect hostess. (Oh, and only afterwards, the boy and I would have our pictures taken for our green business venture...pictures later buried in boxes).

At 30, my life looked productive on paper...crossing items off the old list.

Newly married. A mortgage. More pay, longer days...a new job running marketing for a boot strapped start-up. Starting a business (something the boy and I will never do again). Chair woman for a non-profit group - arts for the vietnamese american community (I'd just stepped down after 4 exhausting and gratifying years that brought me closer to my culture). A recycler, a bonafide composter...

Even though I was very grateful for all the worldly gifts and from the outside, things were good, there was a cost. How about inside? How was I?

What I would have given to tell my younger self…babe, relax. Why so serious? Put down that paella, it’s not that important! At that moment, when the picture was about to be snapped, I would have been kind to her, I would have gently kissed the lines on her mouth and around her eyes. I would have massaged her tense shoulders and neck. I would have told her, you are lovely, just the way you are my dear.

Take care of yourself, there is nothing else but this. Time passes quickly. You will never have this moment again.

This year I turned 35. Another year, another notch...depressing. The realization that in 15 years, I’ll be 50! I’d obsess about it to the point of panic, reminding myself over and over again...I’m knocking on 50!, I’d cry melodramatically -- while flossing, over a plate of tortillas, during tetes a tetes with Manly and Biela. (Am I the only one going insane?)

Eventually, I pulled myself together.


Today, I feel grounded, content and at my finest. I don't want all those roles anymore...slowly I'm learning to let go... discerning what is important, what matters to me. How to be enough? I am grateful for the insight and the goodies. How could I have learned any other way, by trying, falling? It took some time, but eventually I found the path I wanted. I also found a way to accept and celebrate my age. I’ve started taking pictures capturing each day. Originally it was a way to keep track of our year abroad…but the truth is, it’s a way to keep myself honest, keep moving toward my dreams, keep growing and expanding. Who knows, I might even keep it up for the next 15 years. If you're curious, take a peak here, I, Mai Brehaut (find periodic updates and eventually a movie as soon as I've compiled enough photos).

The camera doesn't judge or lie. A reminder that it's never too late to claim the precious moment given to us. Every minute, every second...the chance to seize it dear friends! Seize it - the path that leads you to be kind to yourself, to accept that you are enough. I'm reminded by what Joseph Campbell once said "the privilege of a lifetime is being who you are." Amen. 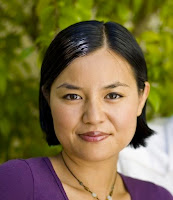 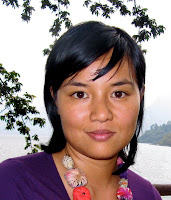 PS. Respect and gratitude to moms for the forgiving and flourishing genes :)

I am a very lucky man, my wife grows younger every day :)

Cedric, you are indeed a very lucky person, and so is Mai. Happy travels.

Such sweet words. Grateful for the love and sending it right back to yous ;)

"You are lovely, just the way you are my dear."

You have mature concept of life. When I was 35, I didn't know and did not think that I will be 50's in 15 years.. to plan. Things come on my way as divine order.
Enjoy life as you are.