I’ve been avoiding this piece. Not able to find the words to convey, the experience I'd rather deny. On every journey, there is bound to be ugly bits, bleak and blue.

This has been the hardest yet.This is my Nicaragua.

We sample a fair share of the country, save Managua (the capital).  Leon, an intellectual hub that fueled the bloody ‘79 revolution; Granada, founded in 1524…one of the first places sacked and enslaved by the conquistadors. And lastly, a twin shaped island on Nicaragua’s largest lake…Isla de Ometepe (I later discover, raided over and over again by the english, french, dutch and spanish pirates)….each place we innocently dip our traveler’s toe, each place, discovering shadows still alive and vibrant...

You may say that it was history…the past long ago. Today, horse drawn carriages will take you on a romantic stroll along the colonial mansions that line the avenues. The ubiquitous bars on the Calle La Calzada and the reggaeton discos fill the air with merriment. Smooth bare-chested boys in glitter and wings. A bottle of rum for under $2. Fast love for sale under the dark lit square by cherry kissed women of the night.

I remember a friend telling us that Nicaragua was Costa Rica 30 years ago. So, I was excited and hopeful. I wish it were true, but it’s far from it. Don't be so easily swayed by cheap frills; find the soul and heart instead. There's so much you can discover by walking...leaving the comforts of the interior world of gated hotels with their manicured gardens. It has made all the difference. Life is still hard, the lines as deep as canyons on some of the faces. Unlike Costa Rica which was largely left untouched by war, Nicaragua is still healing from civil revolutions, economic collapse and then hit hard by hurricanes as recent as 2007.

What is this funk you may ask? I'm not sure. But something is lost. Children, but no childhood. They ask with hard looks, whatever they can get a dime in spanish, english or italian. A policeman with the face of old bark, eyes sunken into skull, he shakes your hand only to tell you that he hasn’t eaten. Cattle, horses, dogs...their skin sagging on bones. You are told one thing only for it to mean another. A garden café, its bookshelf lined with every bit of western literature on sexual repression and the like.

There are things best left unseen.

An older expat, he's buying the souls of 2 young men in exchange for the cappuchinos he treats them to. A stranger, his body blocking passage…a school girl. Her head cast down like a trapped hare. A young hustler, steals a kiss from a waitress...his large hands paw at her face, her head leans away from his, eyes on shoes, she tells him she’s married.

There are things best left forgotten.

There’s a girl. She’s only 7. A man touches lines and corners where he ought not. Years later, she cannot forgive herself for letting it happen, even to this day. A moment that will forever shape her.

What would you say? How to heal? She is a country, a place…she is real.

How about...that there are good men in this world that will honor and protect you. May a thousand splendid suns bless you, cleanse and heal scarred parts of you. May you find peace to forget and perhaps forgive. May you thrive and flourish once again.

That is what I wish for Nicaragua.

8 days is the most I can handle. Even in the remote parts, on the island between 2 volcanoes, at a farm house overlooking forests and water, a speck of Costa Rica from afar, when we are offered, coconuts and green plantains in abundance, cut from the vine, a plate of fried lake fish made for us...I can only find lukewarmth. Grateful for the offering and the beautiful landscapes, I can't deny that my heart is cut out. Separated from the body. Unable to comprehend fully.

On the day we leave the country, at the border control, I sit in the car waiting at immigration.

He's shirtless with greasy hair. His eyes show that he's not entirely there. He leans on the hood. He touches it as if it was his. His arms rest on the car and he's waiting, his face studying the people on the sidewalk...and then mine. The language no longer matters. The body shakes, words yearning to be reclaimed. A whisper that deepens and growls...

Fuck off...You fucker! Fuck off! Get the fuck away!

He doesn’t hear the words or bothers to look up to see the hysterical woman behind sunglasses...she feels exposed even though she's behind locked doors. Instead, something catches his attention in the bushes…a butterfly…a moth.

He turns around and walks away. 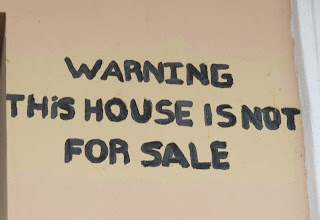